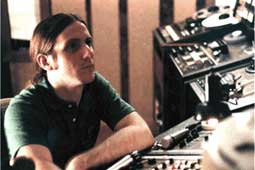 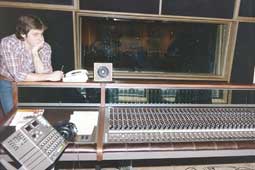 As Full Sail instructor, Greg often worked graveyard sessions. Here he is waiing for the 2 am class to arrive at Starke Lake Studio 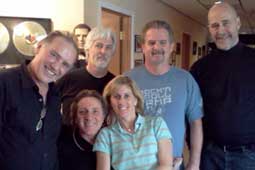 The Beginning Of LLM

This all started as the vision of founder Greg Rike, an Emmy-nominated musician, songwriter, music producer and director. In 1974 Greg threw away his building contractor's license and started what is now the oldest recording studio in central Florida, Greg Rike Productions (commonly called GRP). Through the past 44 years Greg and his company have worked with countless acts in numerous capacities from live audio/video/film, to pre-production, music videos and complete studio projects. The range is as wide as from Waylon Jennings to Commodores to the Backstreet Boy's to numerous Deep Purple studio albums. Other artists who are part of the GRP Studios legacy are Matchbox 20, Faith Evan, DJ Magic Mike, Brittany Spears, Mandy Moore, Lil' Wayne, 7 Mary 3, Steppinwolf, Foghat, Molly Hatchet, Patti Labelle, Little River Band, Starship, Yellow Jackets, Michael Franks, Les Dudek and BuzzCocks, to name just a few. Greg's company has worked on projects for major clients, such as Disney, Discovery Channel, ABC/Dick Clark, Siemens/Westinghouse, STP, Buick, BMG, Sony Entertainment Group and Warner Brothers. What does this have to do with Living Legends Music? Quite a lot!! Greg has turned all his creative energies, experience and facilities exclusively toward producing new original media - print, radio, television and live concerts - all containing legendary artists who are still writing, recording and touring. The goal of Living Legends Music is to be the definitive source for artists who find themselves in that black hole between "flavor of the week" and "classic" radio formats.

A Message From Greg:

Welcome to Living Legends Music! From operating a professional recording facility for the past 40+ years, I have seen a recurring theme. When we are working with a group or artist who has not been in commercial radio playlists the questions are always "Are they still together?", "Is he still playing and touring?", "Does she have a new CD and where can I get one??" The answer is YES!, YES!, YES! I have taken it upon myself to help reconnect the artists and their audience. My experience has shown that these legendary artists are still writing, recording and touring and they are a MUST listen. The fact that they have not acquired day jobs speaks for itself. Their craft of writing, performing and producing records has been well honed through time and experience. Living Legends Music celebrates the music and the artists dedicated to it. This organization exists to champion the efforts of all those dedicated to bringing enhancement to the planet through their music. It is my desire to have every artist from every genre of music represented here in a positive and honest light. Through access to new music, video clips, concert series, interviews and reviews the world will understand why we call them "Living Legends".

For those of you who have frequented the LLM site you've noticed our trademarked searchable artist database we call "The Musical Tree" is missing. It's only down temporarily for a much needed reprogramming. For those of you who are new here, with this feature you can search any artist or band and see ALL the players and groups historically associated with them . . . as well as recordings for each. That should be back on line soon!

Living Legacies
We will be adding a new category to LLM. It has been brought to our attention that many artists are still out there touring and bringing enjoyment to their fans and have chosen not to record and release a new "album". Reasons are many including that the business is now almost "single" driven due to downloads and it's not cost effective to spend the time and money on a full-length album. It about delivering good music in it's purest form . . . live!